Can we map Europe's future? Amidst world-changing uncertainties, we assess scenarios for the region's geopolitics, demographics and markets, and devise strategies for action in the built environment and beyond. If you are not a ULI Full Member yet and you would like to upgrade your membership, please contact us at europemembership@uli.org 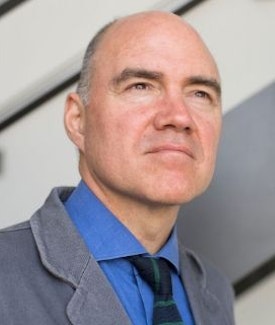 A native New Yorker, Christopher Choa works with city governments and private clients to improve regional rankings and urban performance. As the director of OUTCOMIST, he focuses on outcome-based planning, urban masterplanning, and generative digital design. Choa is a Global Trustee of the Urban Land Institute. As a non-executive director, he advises organizations related to real-estate, urban mobility, energy, and digital arts. He previously led AECOM’s Cities Consulting practice and was an appointed advisor to the Mayor of London.
View in Member Directory Will open in a new window 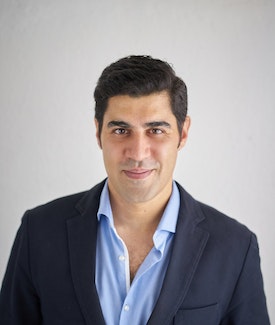 Parag Khanna is a leading global strategy advisor, world traveler, and best-selling author. He is Founder & Managing Partner of FutureMap, a data and scenario based strategic advisory firm. Parag's newest book is MOVE: The Forces Uprooting Us (2021), which was preceded by The Future is Asian: Commerce, Conflict & Culture in the 21st Century (2019). He is author of a trilogy of books on the future of world order beginning with The Second World: Empires and Influence in the New Global Order (2008), followed by How to Run the World: Charting a Course to the Next Renaissance (2011), and concluding with Connectography: Mapping the Future of Global Civilization (2016). He is also the author of Technocracy in America: Rise of the Info-State (2017) and co-author of Hybrid Reality: Thriving in the Emerging Human-Technology Civilization (2012). Parag was named one of Esquire’s “75 Most Influential People of the 21st Century,” and featured in WIRED magazine’s “Smart List.” He holds a Ph.D. from the London School of Economics, and Bachelors and Masters degrees from the School of Foreign Service at Georgetown University. He has traveled to nearly 150 countries and is a Young Global Leader of the World Economic Forum.
View in Member Directory Will open in a new window